News
You are here: Home1 / News2 / The Switch to Provide Native HD Fiber Distribution for Stand Up To Cancer... 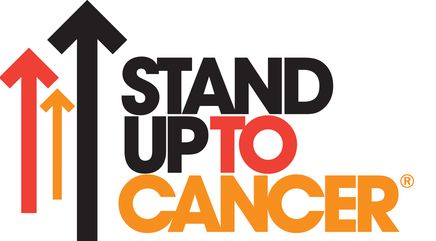 LOS ANGELES—On September 5, 2014, for the third time, The Switch will provide an Uncompressed High Definition feed from the Stand Up To Cancer fundraising telecast, live from the Dolby Theater in Los Angeles, supporting the U.S. domestic program feed, Canadian program feed, as well as the international and webcast program feeds.

Stand Up To Cancer (SU2C), a program of the Entertainment Industry Foundation (EIF), a 501(c)(3) charitable organization, raises funds to accelerate the pace of groundbreaking translational research to get new therapies to patients quickly and save lives now.

“This will be the third time The Switch has had the pleasure of supporting the Stand Up To Cancer telecast,” said Scott Beers, President and CEO of The Switch. “We are honored to contribute once again to such a worthy cause.”

The Stand Up To Cancer special is a biennial telecast featuring celebrities from film, television and sports, as well as performances from top recording artists.

About Stand Up To Cancer

Stand Up To Cancer (SU2C) raises funds to accelerate the pace of research to get new therapies to patients quickly and save lives now. SU2C, a program of the Entertainment Industry Foundation (EIF), a 501(c)(3) charitable organization, was established in 2008 by film and media leaders who utilize the industry’s resources to engage the public in supporting a new, collaborative model of cancer research, and to increase awareness about progress being made in the fight against the disease. As SU2C’s scientific partner, the American Association for Cancer Research (AACR) and a Scientific Advisory Committee led by Nobel Laureate Phillip A. Sharp, Ph.D., conduct rigorous, competitive review processes to identify the best research proposals to recommend for funding, oversee grants administration, and provide expert review of research progress.

Current members of the SU2C Council of Founders and Advisors (CFA) include Katie Couric, Sherry Lansing, Kathleen Lobb, Lisa Paulsen, Rusty Robertson, Sue Schwartz, Pamela Oas Williams, and Ellen Ziffren. All current members of the CFA were co-producers of the 2012 televised special. The late co-founder Laura Ziskin executive produced both the Sept. 5, 2008, and Sept. 10, 2010, broadcasts. SU2C was formally launched on May 27, 2008. Sung Poblete, Ph.D., R.N., has served as SU2C’s president and CEO since 2011.  For more information on Stand Up To Cancer, visit www.standup2cancer.org.

The Switch Continues to Expand its Network
Scroll to top