News
You are here: Home1 / News2 / The Switch Enters into Operations Outsourcing Contract with KCETLink 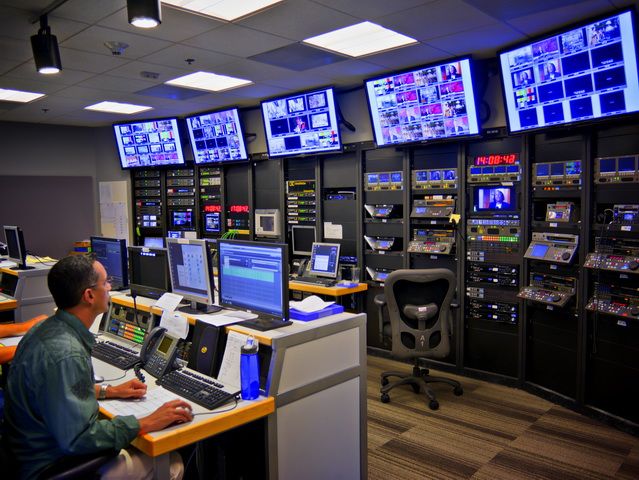 LOS ANGELES—October 9, 2017—The Switch announced today that as part of its agreement with KCETLink, pursuant to which The Switch is acquiring the master control, production (studio and remote) and satellite transmission assets of the station, The Switch will also provide outsourced master control services to KCETLink.

KCETLink’s public television programming is available to over six million HD homes throughout 11 diverse counties in Southern and Central California.  Under the agreement, The Switch will now serve as the outsourced provider of all master control services for KCETLink and remains committed to providing high-quality technical services to all KCETLink broadcast platforms including KCET, KCETLink and NHK World.

“In addition to expanding and accelerating Cumulus™,” said Scott Beers, Chief Executive Officer of The Switch, “we are honored to be under contract with KCETLink to service its mission-critical master control needs for their premier broadcast programming.”

The Switch announced last week that it had entered into an agreement with KCETLink.  Taking over the operations and facilities of KCETLink, with its rich production and infrastructure capabilities, will enable The Switch to quickly scale Cumulus, The Switch’s cloud-based, real-time production service that brings a shared-services model to at-home productions.  The new facility, located in the heart of the media and entertainment district in Burbank, California, comprises multiple control rooms, and studios as well as feature transmit and receive satellite services and a rich capability of fiber-optic access.

Beers Enterprises, LLC d/b/a The Switch is the leading video solutions service provider in North America.  The Switch currently provides advanced fiber and satellite video switching and local fiber circuit services, scalable Ethernet, and “HomeRuns™” remote production via it’s The Switch FiveNines Service® across the United States and key international locations. The Switch was awarded a U.S. system patent for customer-controlled video data content delivery (U.S. patent # 9306873). The Switch was awarded the 2013 New Bay Media Product Innovation Award for Switch-IT and the 2012 Broadcast Engineering Excellence Award for Network Automation.  The Switch was created in 1991 to provide cost-effective, customer controlled television signal routing services to the broadcast industry. The Switch has been embraced by the marketplace since its inception and has grown to its current market leadership position.