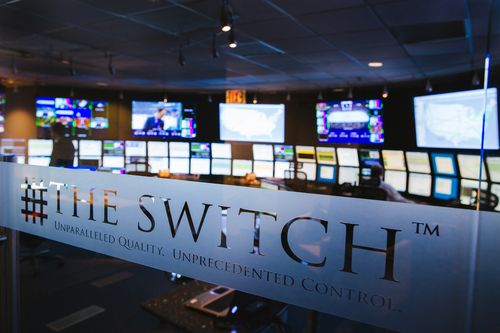 While most of the major satellite operators are seeing a slowdown in their revenues generated from video services, some interesting deals are still being done For example, at the end of last year, Eutelsat made a deal with The Switch, a company specializing in live and on-demand video services with owned and operated facilities in North America, Europe, and the Asia-Pacific region.

Via Satellite asked The Switch Chief Executive Officer (CEO) Keith Buckley why the company decided to do a deal with Eutelsat. “Eutelsat has a strong reputation as a great service provider, and their focus on global expansion aligns with The Switch to allow us to extend our respective footprints together,” he said. “Now, for example, through this partnership a customer will be able to go from any of The Switch locations around the globe to anywhere in the footprint of a Eutelsat satellite with the touch of a button, utilizing The Switch’s patented and award-winning Switch-IT user interface.”

With video deals harder to come by, why did The Switch decide to partner with Eutelsat, and what was the process like? “The Switch has a lot of great satellite partners and we will continue to focus on collaboration. What’s special about Eutelsat is that they’re strong in the places we’re targeting for growth. Because of the strength of the Eutelsat Europe, Middle East, and Asia (EMEA) footprint we were immediately interested in partnering,” said Buckley.

This year, Buckley said that The Switch is focused on expanding its service offerings and its international footprint. In the last year, along with significant investments to expand its studio facilities and The Switch at-home production capabilities, The Switch heavily invested in international growth by expanding its international sales team, entering into strategic partnerships and launching service offerings like The Switch Access. “The launch of The Switch Access has allowed users pretty much anywhere in the world to connect to The Switch network and our extensive set of dedicated venue and customer connections, and we will continue the successful expansion of that product. We will continue to actively pursue Mergers and Acquisitions (M&A) opportunities as well,” added Buckley.

But as we enter this new video era, what does the future hold for satellite? Buckley offered an interesting perspective, given his background in the satellite space. “There’s no doubt that we’re in a continuing transition period as all distribution models, including satellite broadcasting, evolve with customer demands and behaviors. Satellite has always provided significant geographic and multicast benefits and will continue to be a critical part of the content ecosystem for a long time to come,” he said.

Buckley admitted that given the nature of The Switch’s business, satellite plays an integral part of its overall service offerings. With this partnership with Eutelsat, it is focusing on the integration of occasional-use workflows from its large number of dedicated connections around the world into the expanded coverage areas the Eutelsat footprint provides. Buckley believes tying The Switch’s expanding service offerings with Eutelsat’s evolving footprint will provide tremendous opportunity for growth — and will necessarily use more satellite capacity as an important part of the content ecosystem. “The Switch has continued to create a truly ubiquitous integrated contribution and distribution network. The strength of satellite is its reach and the strength of The Switch offering is our dedicated high-bandwidth, low-latency connections to worldwide sports and entertainment venues and the world’s largest content producers and distributors. As we continue to integrate satellite into our offerings we have a powerful opportunity,” he said.

The Switch has full-time connections to over 800 of the world’s largest content producers and distributors. Given the needs of its customers and the global nature of live content — both production and distribution — international growth has been, and continues to be, an integral part of its growth strategy. “Our strategy remains on those areas we’ve targeted for growth in the live and on-demand video business around the world. The landscape changes we see align well with the products and services The Switch has brought to market – namely that we can connect pretty much anyone from anywhere to our large network of venues and customers,” said Buckley.

**Article was originally published in Via Satellite Magazine, on January 15, 2019

The Switch Expands Gaming and eSports Leadership with Addition of Key Industry...
Scroll to top