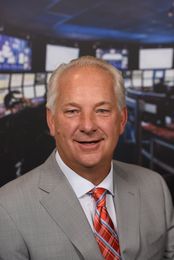 NEW YORK—October 2, 2017—Scott Beers, Chairman and Chief Executive Officer at The Switch, to participate in a panel on at-home production, entitled: How Is At-Home Production Impacting the Transmission Sector? The panel is part of Sports Video Group’s annual TranSPORT event, which will be held in New York’s Microsoft Technology Center on October 17, 2017.  The Switch has also been confirmed as the session sponsor.

For more information and to register to attend the event please click here.

The panel will focus on how the at-home model has transformed the way lower-tier sports are produced and backhauled and also provided top-tier events with access to content and tools back at the broadcast center—all while reducing costly onsite resources.  Beers, along with co-panelists Lionel Bentolila, Chief Executive Officer of Aldea Solutions; Kevin Callahan, VP, Field Operations and Engineering at Fox Sports; Wes Goldstein, Director of Engineering at Big Ten Network/FOX Sports; and Michael Harrabin, VP, Production Operations and Technology at Pac-12 Networks, will discuss their experiences working in the at-home production trenches and the latest advances that are shaping this sector.  Keith Goldberg, VP, Global Operations of Fox Networks Group will serve as moderator.

About The Switch
Beers Enterprises, LLC d/b/a The Switch is the leading video solutions service provider in North America.  The Switch currently provides advanced video switching and local fiber circuit services, scalable Ethernet, and “home run”” remote production via its FiveNines Service across the United States, United Kingdom, and Canada. The Switch was awarded a U.S. system patent for customer-controlled video data content delivery (U.S. patent # 9306873). The Switch was awarded the 2013 New Bay Media Product Innovation Award for Switch-IT and the 2012 Broadcast Engineering Excellence Award for Network Automation.  The Switch was created in 1991 to provide cost-effective, customer controlled television signal routing services to the broadcast industry. The Switch has been embraced by the marketplace since its inception and has grown to its current market leadership position.

The Switch Takes Over Burbank Production Facility
Scroll to top